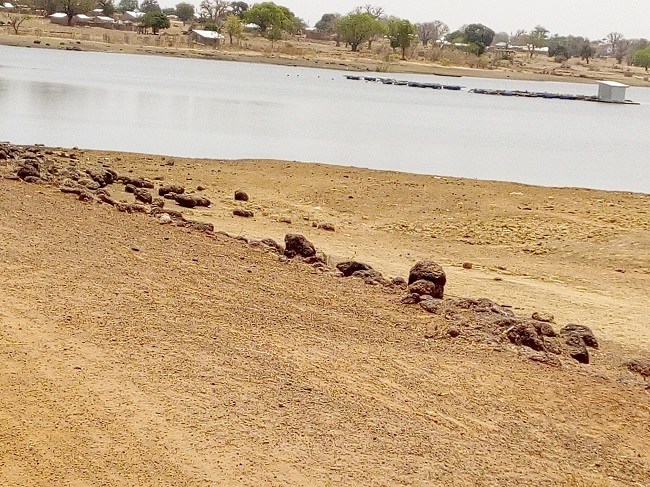 Government’s effort to mitigate climate change and find  rural dwellers a sustainable livelihood, through the Ministry of Environment, Science, Technology and Innovation MESTI, Professor Kwabena Frimpong Boateng, in collaboration with the United Nations Development Programme UNDP has handed over, to a contractor a broken and silted dam at the Adaboya community in the Bongo District of the Upper East Region for rehabilitation.

The climate change interventions project is being implemented by UNDP, in partnership with Ministry of Environment (MESTI), and sponsored by Adaptation Fund.

The Project formed part of the Adaptation Fund. 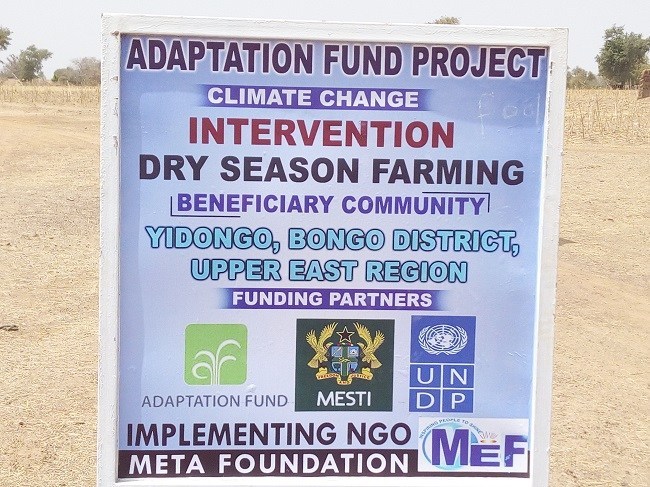 The Projects has earmarked a numbers of broken down and silted dams in 50 communities across five regions of the Northern Ghana for rehabilitation to alleviate the peoples’ vulnerability to climate change.

Adaboya is one of the farming communities with a total population of about …….that is suffering from acute water problems in the District. In an interview with Radio Ghana, the MESTI Professor Boating indicated that, the project was in line with government’s policy of One Village One Dam.

He expressed the hope that it would help the community members to BE engaged on their farms and prevent the youth from drifting to southern sectors of the country in search of non-existence jobs.

The Minister stated that, under the project, the beneficiary communities are also being empowered and supported to establish fish ponds and nursery   to enable them grow trees to deal with the climate change issues. He explained that.

The National Project Coordinator of the Adaptation Fund, Peter Dery, stated that, the project involves the rehabilitation of 20 major dams, repair of cannels, and de-silting of water sources to enable them collect more water during the rainy season as well as the planting of tress near water banks to preserve and create the needed moisture for more rains.

He added that project component also include   the drilling of boreholes, installation of solar irrigation systems, creation of buffer zones with fence, community wood lot, creation of fire belts, and the building of capacity of women groups in shea butter and groundnut oil extraction.

He said erratic rainfall coupled with the harsh weather, which always dried up most of the water resources of the area were  the major climate impact of the five  regions of the north  and expressed optimism that project would  help amel iorate the situation.

Mr. Dery  stated that   the project was being funded with an amount of eight million dollars ($8m) from the Adaptation Fund Board of the United Nations Framework Convention on Climate Change (UNFCCC).

The UNDP Assistant Resident Representative, Louis Kuukpen, explained that the Climate Change Interventions  Project which begun in 2015 and expected to end in 2020.

He said the UNDP was happy that the project was making some significant gains   in  the areas of the attainment of some of  the Sustainable Development Goals (SDGs) particularly climate change and environmental degradation.

The Chief of Adaboya, Naba Osman Atampugre, commended the implementing donor and partners.

He said It would help the community a lot especially in their farming and providing water for the livestocks and building activities.

The Director of the implementing NGO, Meta Foundation David Azupogo said that, they have been collaborating with Adaptation Climate Change, Department of Agriculture, together with MESTI, and UNDEP in Yidongo and other communities in the Bongo District, to empower the women do dry season farming.

Mr Azupogo indicated, the results has been remarkable.