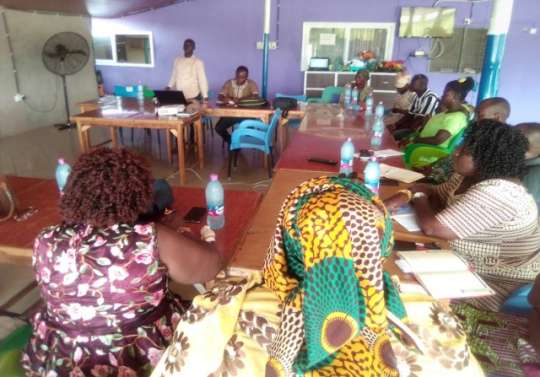 A research conducted on “Clean and Sustainable Energy for Agribusiness Development” in the Kassena-Nankana West District of the Upper East Region, has revealed that 55 per cent of the population in the area relied on firewood as source of energy.

The users of firewood as energy include the caterers of the Ghana School Feeding Programme (GSFP) and the Senior High Schools (SHSs), traditional homes, food vendors, pito brewers and shea butter processors.

The Programme Manager of the Meta Foundation, Mr David Amozebega, who disseminated the findings at a stakeholder’s forum on Thursday, at Paga in the Kassena-Nankana West District, explained that the survey was to find out the awareness level of the existence of clean energy technologies.

He said it was also meant to find out the alternative sources of energy available to the people, challenges in the integration of clean energy technologies, identify stakeholders and duty bearers in promoting the use of clean energy as well as make recommendations for further action.

The research revealed that people were aware of the devastating effects of traditional source of energy on health, crop production and the environment, but do not have access to modern source of energy.

“There is enough legislation at the national level to encourage the production, promotion and usage of renewal energy sources, and their various technologies, but this is not being implemented properly to benefit people at the grassroots, particularly the rural women,” the findings indicated.

It warned that the poor rainfall pattern would continue to decline if pragmatic steps were not taken to check the current spate of firewood harvesting and charcoal production.

The research stated that attempts by the past government to develop and promote the use of clean energy technologies in the area did not yield the needed results.

The findings recommended that government authorities at the local level, particularly the municipal and district assemblies should take steps to integrate the country’s renewal energy action plan into their medium term development plans and policies.

“This can be done by ensuring that government’s policies such as the School Feeding Programme (SFP), free Senior High School (SHS) and Community Nutrition Centres use improved cook stoves or renewal energy”, it stressed.

The findings advocated the need for the Ministry of Health to partner local authorities, traditional rulers and landlords to educate residents on the effects of indoor pollution.

It urged Meta Foundation to collaborate with other civil society organisations and community based organisations to advocate knowledge transfer and the mobilisation of local resources for the fabrication of improved cook stoves at the local level at affordable cost.