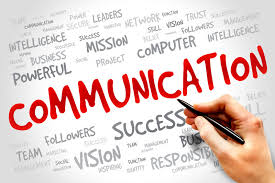 The one week training organized by the Libre Foundation, a Netherland Based Organization, was aimed at equipping staff and workers of the NGOs and CBOs with needed leadership and communication knowledge and strategies that would enable them improve upon the performance of their work.

The training which benefited 50 persons was done in series and organized in different parts of the region.

Mr Paul Van Warm, one of the facilitators, in an interview with the Ghana News Agency in Bolgatanga, said the training sessions in the Upper East and the Northern Regions were part of the 126 such programmes organized so far across the world.

He attributed the poor performance of some NGOs to lack of effective leadership and communication skills and said the Libre Foundation would continue to offer such voluntary and humanitarian services to save organizations around the globe from collapsing.”

Mr Ivo Spanjersberg, another Trainer and Facilitator of the organization, said Libre Foundation was aimed at empowering the NGOs and CBOs to effectively operate and make a good impact.

Speaking to some of the beneficiaries of the programme, majority of them indicated that it was refreshing and would help reshape their organizations to become vibrant.

Mr Hillary Adongo, the Local Project Coordinator of the Libre Foundation in charge of the Upper East Region, said the training has made an impact in the region as many organizations were now progressing steadily and gaining good results.

Ms Amiyine Finela Asoke, the Director of Literacy Base NGO known as “Asoke Frafra”, one of the beneficiaries, said communication used to be a hindrance to the smooth operation of the NGO but the training had improved its communication and marketing skills and methods.

Another beneficiary, Mr James Adoctor Aganda, a Project officer of another NGO called META Foundation, said “the training programme has been so refreshing, it will enable me to restructure my organization to make it more vibrant to attract more development partners to champion the cause of the organization”