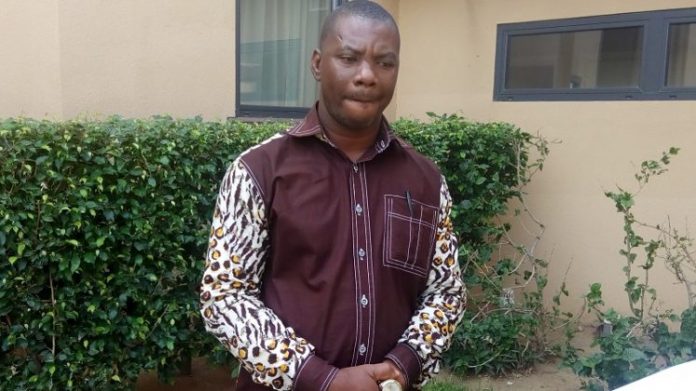 Statistics has shown that only 10 per cent of farmers in the Upper East, Upper West and Northern Regions of Ghana used certified seed for farming.

The remaining 90 per cent still rely on the saved seed for crop production. Ghana’s Agriculture will not thrive well and compete favorably in food production if farmers continue to rely on uncertified seeds for farming. Seed is considered key and a basic technology for crop productivity.

There is therefore, the need to look at ways of increasing technologies that can help bring about improved farming, and sustainable crop production, that will increase smallholder farmers’ income in Northern Ghana and for that matter Ghana as a whole.

It is based on this that, the International Fertilizer Development Center (IFDC) with funding support from the United States Agency for International Development (USAID) implemented a project known as Agriculture Technology Transfer (ATT), in Ghana.

The 5-year project did not only increase the utilization of certified and agriculture technologies which resulted into increased maize, rice and soybean production in Northern Ghana, but it has developed a solid seed sector for Northern Ghana.

A day’s learning event organized under the theme “Celebrating ATT Contributions to Agriculture Transformation in Northern Ghana” and held in Bolgatanga to herald the end of the project, call for investment in agriculture sector.

With funding support from the United States Agency for International Development’s (USAID) Feed the Future (FTF) initiative, a US Government’s global hunger and food security programme, which focuses on global agriculture transformation.

The 5-year project led by the International Fertilizer Development Center (IFDC), an international public research-based organization working to alleviate global hunger by introducing improved agricultural practices and fertilizer technologies to farmers and linking farmers to markets, did not only improved accessibility to certified seed and agriculture technologies for smallholder farmers in Northern Ghana but it has improved seed value chain in Northern Ghana.

The workshop brought together researchers, directors of agriculture, representatives of farmer groups, seed growers and processers’ and agriculture related Non-Governmental Organizations among others.

The aim of the learning event was to bring partners together to learn from the project’s best practices, share ideas about how to sustain the project successes and legacy left behind.

Speaking to Radio Ghana, the Acting Chief of Party (Ag. COP) of ATT Project Musa Salifu Taylor indicated that, since its inception in 2013, ATT has been transferring various agricultural technologies and innovations to smallholder farmers including the use of certified seeds which are high yielding, drought tolerant and early maturing varieties.

Mr. Taylor stated further that, erratic rainfall pattern fueled by climate change is one factor the project considered in its interventions.

This explained why the project adopted multi-faceted approaches such as the promotion of high yielding crop varieties such as Sansasema and Wandata, introduction of Urea Deep Placement (UDP) technology, construction and furnishing 3-ultra modern seed laboratories in Northern, Upper West and Upper East regions, support to private seed companies and capacity building to private and government agencies in seed production among others.

The Executive Director of Meta Foundation, agriculture related Non-Governmental Organization, David Azupogo and a beneficiary of ATT, expressed satisfaction of how his organization is strengthened by ATT’s assistance.

He indicated that, his outfit has benefited through capacity building for data management in the office and field, integrated soil fertility management that will help farmers adapt good agronomic practices that could lead to improve yields, access to improved seed and input to farmers and climate change issues among others.